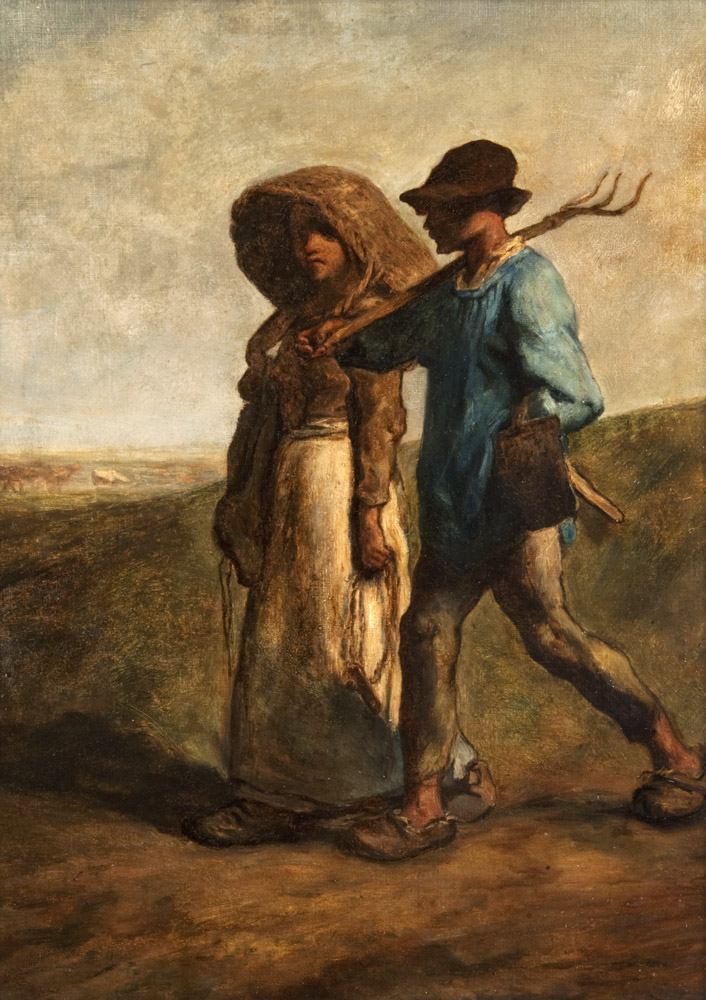 This haunting painting of rural labour by Jean-François Millet is widely considered a masterpiece. The oil on canvas painting shows a male and a female peasant crossing the fields in front of an early morning sky. The man has a fork over his shoulder and the woman carries a basket on her head.

Millet’s seminal importance as a painter of peasants is reinforced by the presence in Glasgow Museums collection of works by artists who built on his reputation such as Jules Breton, Léon Lhermitte and Jules Bastien-Lepage.