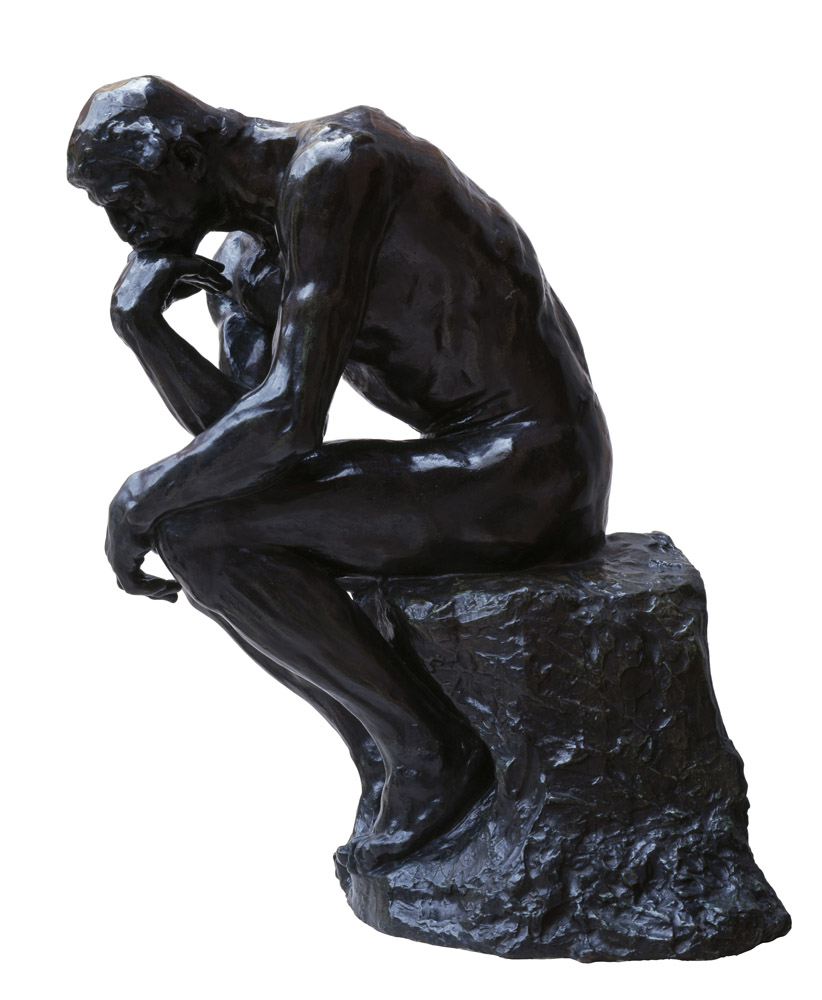 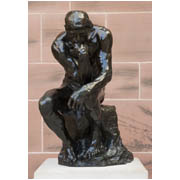 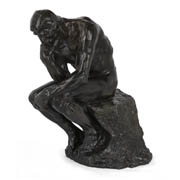 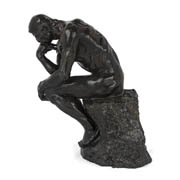 Muscular, male nude, seated on a rock. Both legs are bent, his toes are curled as if clenching the rock. His left arm rests upon on his left knee. His right elbow rests on his right knee and the arm bends upwards, hand supporting chin. He leans forward, with his neck outstretched. He looks downwards, appearing deeply lost in thought.

This brooding figure originally provided a central, integral position within the 'Gates of Hell', Rodin's monumental, 19-foot tall sculpted doorway for a new building to house Paris’ decorative arts museum. The sculpture depicts Dante (1265-1321), poet and author of the Divine Comedy, leaning forward to observe the circles of hell. Like so many of the figures that originally populated the ‘Gates’, the artist isolated the sculpture, casting it individually.

Rodin was keen for his ‘Thinker’ to have a timeless and universal appeal; therefore the man appears nude, free from reference to time or place. Rodin chose to depict the figure as powerful and muscular. This strength is, however, restricted by his hunched pose so that he appears like a coiled spring ready for action. Hinting at the physical capabilities of man, the pose also highlights the power of thought.

The first bronze cast of ‘The Thinker’ was probably made in 1884, purchased by Constantine Ionides. Around 30 casts were made by Alexis Rudier from 1902 in the original size, including the Burrell bronze. Sir William Burrell acquired his ‘Thinker’ in 1922 from the Galerie Danthon in Paris, gifting it to the city of Glasgow as part of his donation in 1944.