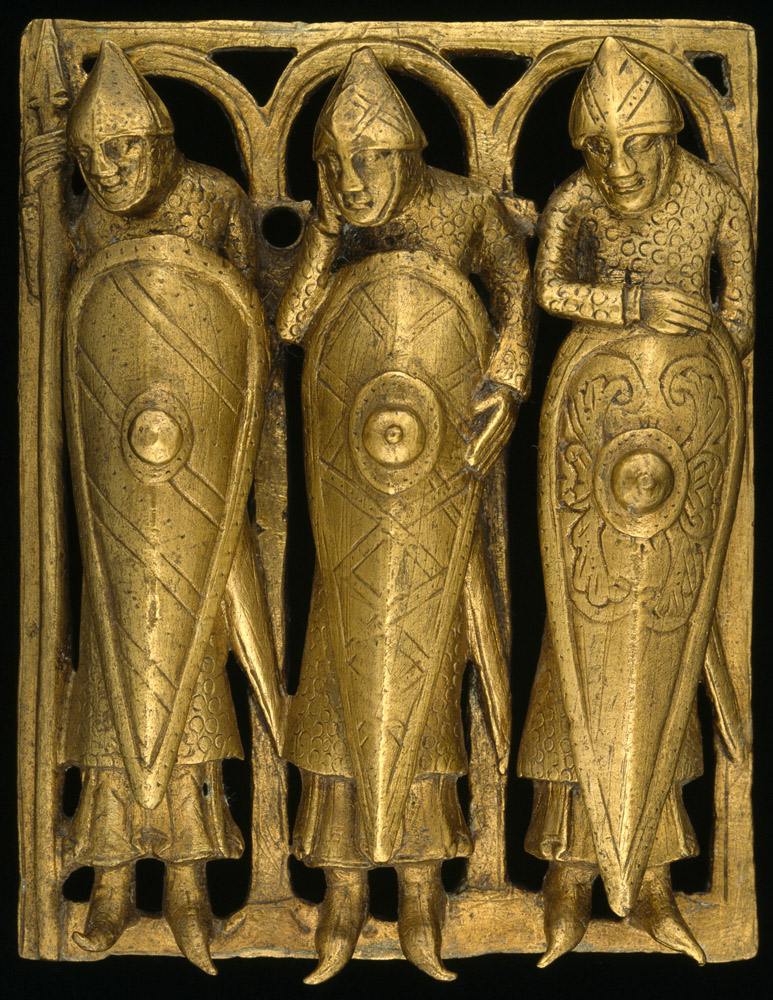 fragment from the 'Temple Pyx'

An undisputed masterpiece of Romanesque metalwork, this openwork mount representing three sleeping soldiers is uncharacteristic of Burrell’s interest in medieval art due to its early date. Its rarity and provenance (as understood at the time) clearly exerted great appeal for Burrell, but a particularly persuasive factor in his purchase of it seems to have been his desire to protect it from leaving the UK for a collection in the United States. The item takes its name from its reported place of discovery. A note in The Gentleman’s Magazine of 1833 refers to it being found in the Temple Church, London during ‘recent’ repairs. In 1941, however, further evidence was published to cast doubt on this information.

A drawing was discovered showing it with five other mounts. An explanatory note describes them as ‘… found in the cabinet of the late Revd. Mr Betham Fellow of Eton College, and apprehended to be taken from a Tomb-Stone, of the age of William the Conqueror’. The associated pieces have not yet come to light. Questions still surround its function. Long considered to be a fragment from a pyx (a container for the consecrated host), it is more likely that it formed part of book cover, shrine or reliquary representing the three soldiers who slept at the tomb while Christ was resurrected