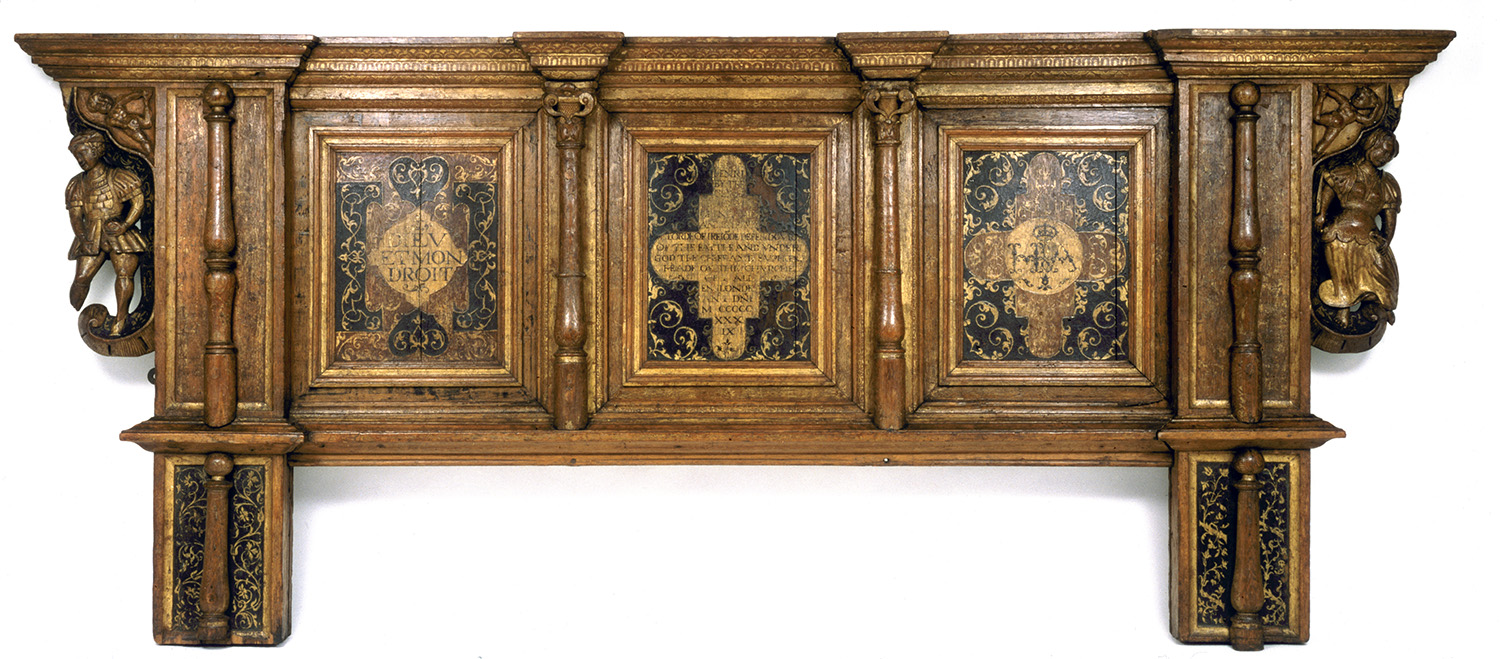 bedhead /
Oak ceremonial bedhead made for the marriage of King Henry VIII and Anne of Cleves, English, 1539 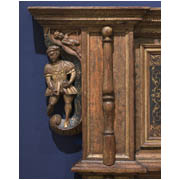 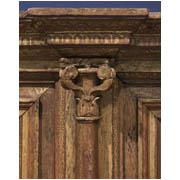 This is the ceremonial bedhead made for the marriage of King Henry VIII to his fourth wife, Anne of Cleves. It is made of oak, with carved, painted and gilded decoration. The central panel has an inscription describing Henry as King of England and France, Lord of Ireland, and Head of the Church of England, and the date ‘1539’. The left-hand panel bears the Royal motto ‘DIEU ET MON DROIT’ (‘God and my Right’); the right-hand panel the ‘AH’ monogram for Anne and Henry. Carved male and female figures, symbolic of fertility, indicate the prime motive for the marriage, the birth of a second male heir for Henry.

This is an extremely important artefact, as very few items of furniture from King Henry’s reign have survived. Although the story of Henry’s six wives is well known, this is a unique object, which documents a specific event in the sequence. Although their marriage did take place in January 1539 (according to the old-style Julian calendar, the equivalent of which would be 1540 in the Gregorian calendar adopted in England since 1752), Henry did not find Anne suitable as a wife, and the marriage was annulled.

The bedhead was donated to the City of Glasgow by Sir William Burrell in 1944.