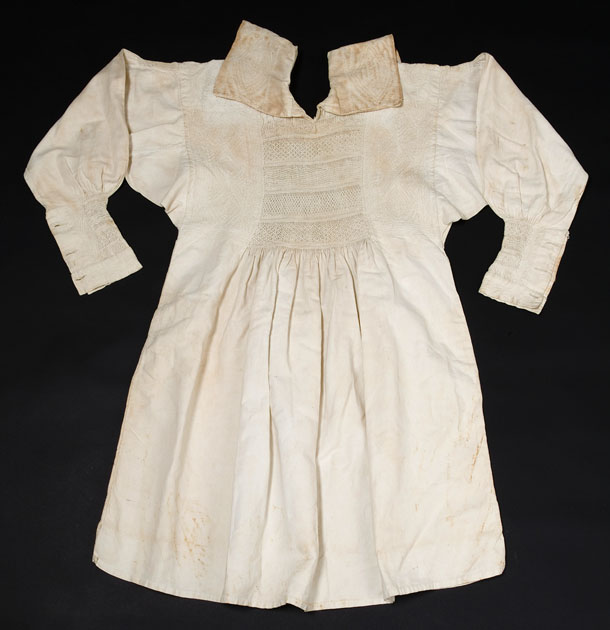 Smocks are traditional over-garments worn by agricultural workers in the south of England and in some areas of Wales during the 18th and 19th century. During the later 19th century they slowly became unfashionable.

Traditionally the garment is made from linen, although some are in cotton. Many are un-dyed although some were made of black or brown linen. The garment is formed from rectangles of cloth with the fitting across the chest and at the cuff pleated in and stitched in place in a regular pattern known as smocking. Many are reversible with both sides embroidered with matching patterns.

The best quality smocks were worn by grooms at their weddings and were made by their mothers or brides-to-be. Everyday smocks were made professionally either by a seamstress in a village or outsourced across an area.

This smock was worn in Bridport, Dorset, in about 1850. It was purchased from David Mitchell in 1893 and was one of the first items of costume in Glasgow Museums’ collections.